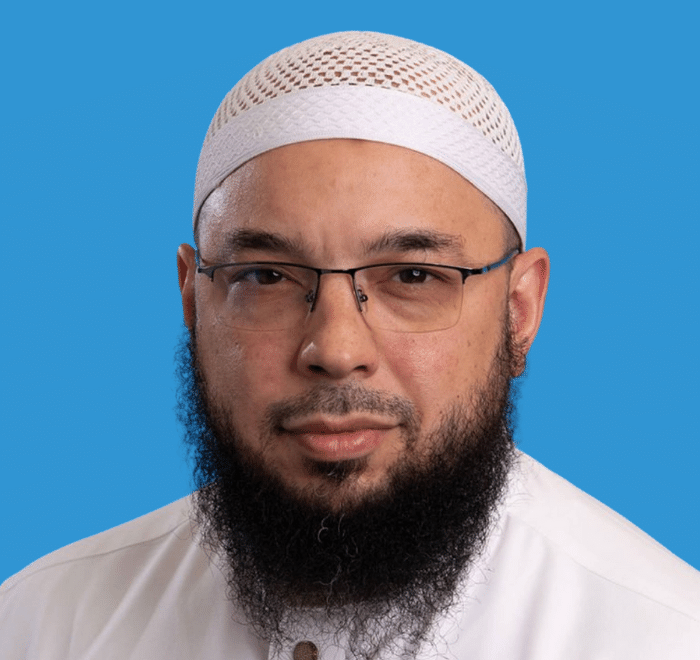 Dr. Tahir Wyatt is a published academic, experienced interpreter, and instructor of Islamic studies and comparative religion. During his twenty-one years of studying and teaching in Saudi Arabia, he procured several degrees, including a doctorate in theology. He was also the only American ever to be appointed to teach in the Prophet’s Mosque in Madinah, the second holiest site in the Muslim world.

Dr. Wyatt currently lectures both nationally and internationally at mosques, universities, and other institutions of learning. Dr. Tahir serves as the Executive Director of the United Muslim Masjid in Philadelphia and is the President of the Quran, Arabic, and Reflection Institute (QARI), an institute dedicated to structured, curriculum-based instruction of the Quran and Arabic Language.

He also serves as the Director of the Systematic Theology department of Yaqeen Institute, and as an Associate Editor on Yaqeen’s Editorial Review Board.

Dr. Wyatt has a Ph.D. at the Islamic University of Medinah, KSA with the highest classification (mumtaz); an M.A. in Aqeedah; a B.A. in the Science of Hadith and Islamic Studies; and A.A. in Arabic.